Zagreb, the city of museums, gardens and churches

Visiting Croatia meant learning the names of 2 cities that helped me a lot while playing ATLAS; Zagreb and Zadar, to increase my limited vocabulary of places starting with the letter Z. Zagreb, the capital and largest city of Croatia; and Zadar, the stunning coastal city that I lost my heart to.

We got into Zagreb by a 2 hour bus drive from Ljubljana. Passport-stamping at the border over 15 minutes in the freezing cold took us into another country, Croatia, the land of the blue sea, the Adriatic and blue skies. Zagreb was simply our passport to the amazing Plitvice lakes, the blue blue Adriatic coast, the walled city of Dubrovnik; but Zagreb turned out to have a lot to see. I would recommend spending 2-3 days here as well. 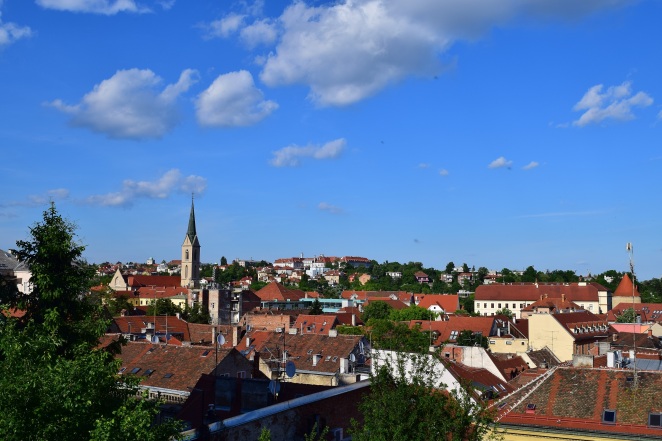 We had 2 big agendas in Zagreb, the acquisition of a local “Bon-bon” sim card with data; and picking up our rental car for the drive through Croatia. The first turned out to ruin the one day we had in Zagreb, the second MADE the trip thoroughly worthwhile. So, the 2 agendas balanced each other out. The first thing I noticed about Zagreb was how large a city it was, from the outskirts to the main central area where we were staying. The second was the crazy graffiti everywhere, but particularly on a long wall from the bus stop to our hotel. Graffiti is apparently huge in Zagreb and is all over the place.

Busy lugging our bags on the street for the “only 10 minute” walk which was actually 25 minutes, from the bus stop to the hotel, the only entertainment was the mind-boggling graffiti. The only reason that this page isn’t filled with pics of graffiti is that my arms were busy hauling along bags, otherwise I am a graffiti lover. Anyways, the cold weather and a free upgrade to a junior suite at the hotel Best Western Astoria (and the graffiti!) made the long trek worthwhile.

The main sightseeing is in the predominantly pedestrian-only upper town, and the museum and garden-flooded lower town. So, we rushed along to the upper town, that was a good 20 minute walk away, punctuated further by multiple stops looking for the Bon-bon card. There was a store very near our hotel, but in our eagerness to see the upper town, we foolishly chose to look along the way rather than in the store nearby.

Zagreb is a very green city. The main lower town, including the area near our hotel, has a green horseshoe of gardens. Flowers are seen everywhere, on the streets, outside the stations, on window-sills, everywhere. My sister would have gone nuts, as did my daughter.

My little sister, these pics are just for you

Zagreb is a well-laid out city with clearly-marked roads on the city map, and a phenomenal tram service. So phenomenal in fact, that you must keep your eyes and ears open for the rumbling of the trams, lest you get run over by one. There are dedicated bicycle lanes on the footpath, where cyclists drive at full speed. Somehow, these were the lanes where the hubby and the kid always wanted to tie their laces. Also, these lanes caused a lot more whining from Ms. Veruca, “Daddy, you promised to let me bycle.”

Our first halt, as suggested by Rick Steves, was Ban Jelacic square, standing merry at the junction of the upper and lower towns. Like all big squares, it was very busy and very crowded. People  were rushing about, doing their own business, or lounging about in cafes, all over the square.

Every window has a picture on it

It also is the meeting point of a lot of tram services. Beyond this is the pedestrian-only upper town, which actually is 2 parts joined together, the Kaptol and Gradec, that used to be separate towns, once upon a long time back.

From this busy chaotic junction, we climbed uphill to the Cathedral of Assumption of Blessed Virgin Mary. This architectural marvel had 2 tall spires that could be seen from all over the town, serving as our landmark. On the way there, we came across a bubble blower blowing huge bubbles through a net. The kid had a blast, chasing and bursting them, and surprisingly, didn’t even ask to buy them.

The cathedral is very impressive, with very intricate work on the exterior and very elegant carvings all along the facade. However, the beauty is partly marred by the reconstruction work on the spire. The cathedral, built in the 13th century, has been destroyed several times, but rebuilt just as much. After the earthquake of the 19th century that damaged most of Zagreb, it has been painstakingly restored, though work is still going on. 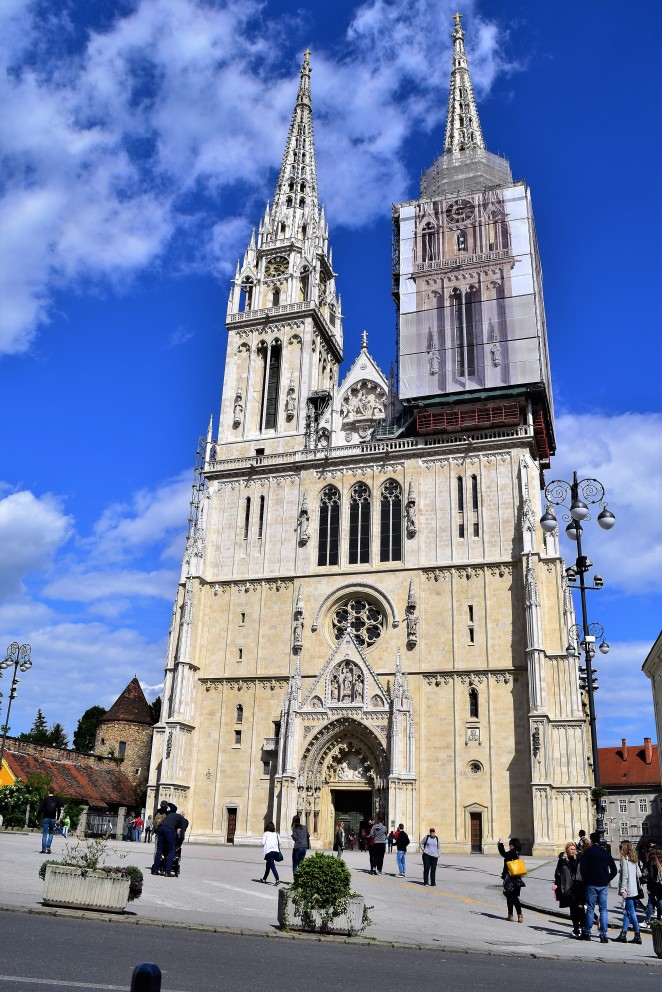 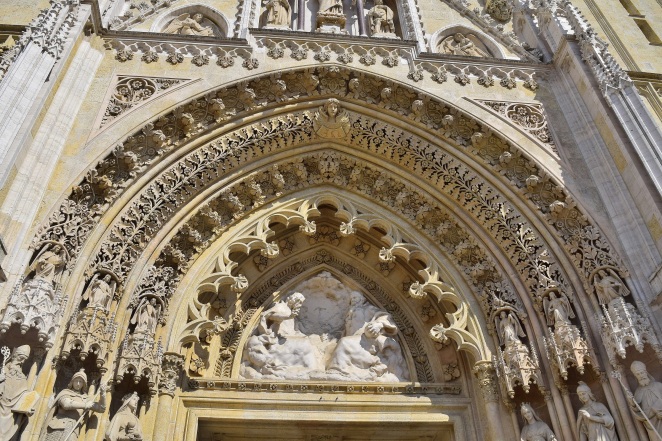 Intricate work on the cathedral exteriors

The cathedral is even grander on the inside. Large stained glass columns line the altar, with huge chandeliers dangling from the ceiling. Lovely paintings are all along the walls. Just like other cathedrals, it was very quiet and peaceful, and I felt embarrassed taking pictures as the shutter sound was an intrusion into the silence.

I loved the stained glass panels

Reluctantly, I tore myself away from the calm of the cathedral. For me, Zagreb will always be about the churches. That’s what I really loved about it. We moved onto the almost-closed Dolac market, which sells fresh food daily, but was now dirty and littered. It was the only place on the trip where I saw a mess left behind in a market.

Zagred also has lots of statues, just about everywhere, for no apparent reason at times. They sure add to photo opportunities! We turned ahead, past lots of colourful buildings, searching for the church of St. Francis, that has a simple exterior with a lovely interior.

We moved ahead to the much acclaimed Tkalciceva street, THE place to hang out, the foodie street (khav-galli) of Zagreb. Somehow, it looked very average compared to Ljubljana’s riverside ambience. Maybe this place looks better at night. I don’t know. It was too cold and too far to come back at night. The RS recommended cookie factory, however, completely lived up to it’s reviews. I had the best brownie till date there. We also saw many intriguing art installations along the street, including a huge egg-shaped structure painted with all the seasons on different parts of the circumference.

We turned past some narrow roads, and entered Gradec, the higher of the 2 towns. The distinction between the 2 towns of Gradec and Kaptol is no longer possible. But years ago, there was a river that separated them, and a bridge over which the 2 cities fought, nicknamed the bloody bridge. Now, it’s just a street with pretty buildings, with nothing more than the name to remind you of its terrible past.

As we walked ahead, we saw a large group of tourists, and realised that we were in the square with all the important parliament buildings and the gorgeous St. Marks church. One of the most photographed sights of Zagreb, this church has brilliantly painted tiles on the roof, forming 2 emblems, one of the coat of arms of Zagreb and one representing the three kingdoms of Croatia, Dalmatia and Slavonia. 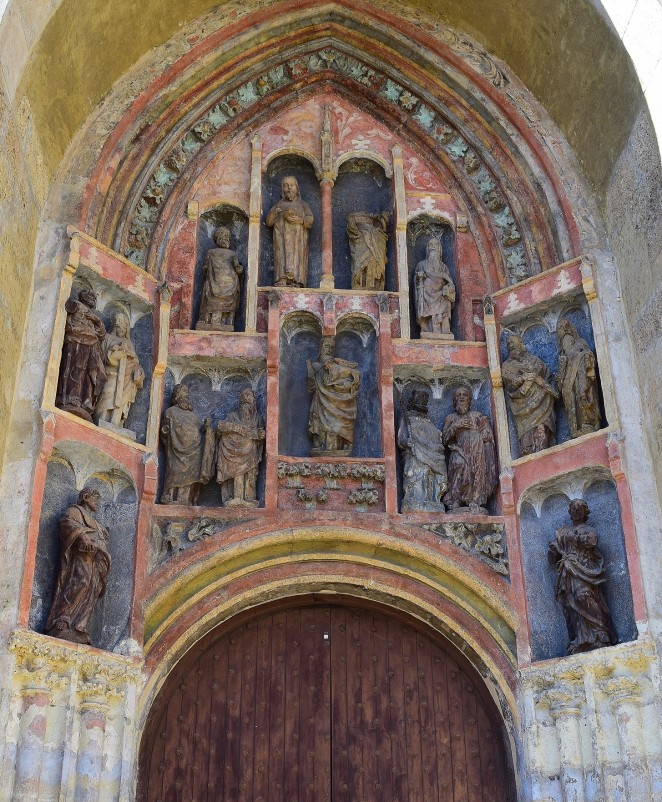 Statues above the door, of Joseph, Mary, Jesus and 12 apostles

A little ahead, the street sloped downwards and became very narrow. As we turned the corner, we came upon the stone gate. The only remnant of the original gates of the walled city of Gradec, this houses a tiny chapel with a painting of Our Lady, that was the only survivor of a fire that destroyed everything around it. Need proof of the existence of God? Here it is. 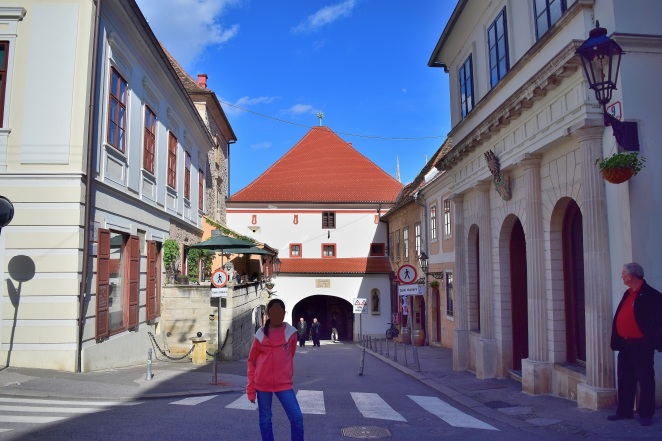 Stone Gate chapel at the end of the street

We walked down the narrow street to pass the famous museum of broken relationships. Interesting as it seemed, we didn’t go in as we didn’t want to mar the little one’s perception of love and romance. One more thing left for our next visit. Looking for the route to the main square, we suddenly came upon a large terrace with sweeping views over Zagreb city. As we had missed the Lotrscak tower (closed on Mondays), we contented ourselves with this great view. Here, the kid saw a very well-dressed beggar and refused to give her any money, saying she was too well clothed to be poor!

Having completed the upper town tour, I wanted to complete the lower town tour, or go to the Mirogoj cemetery, which looked very appealing on blogs. The hubby, however, had the single objective of obtaining the Bon-bon card. So, we rushed back through the lower town to find the store with the card (very near our hotel). Only to be told that it wasn’t available here and we should try at a store near the upper town (where we had just rushed from). Headbanging, lots and lots of it. This is why one should stick to one’s priority list. A mad rush back across the lovely buildings and green areas of lower town, with an insane loo break at the hotel for kiddo, took us back where we’d just come from. Fortunately, I could take a few pics while running! 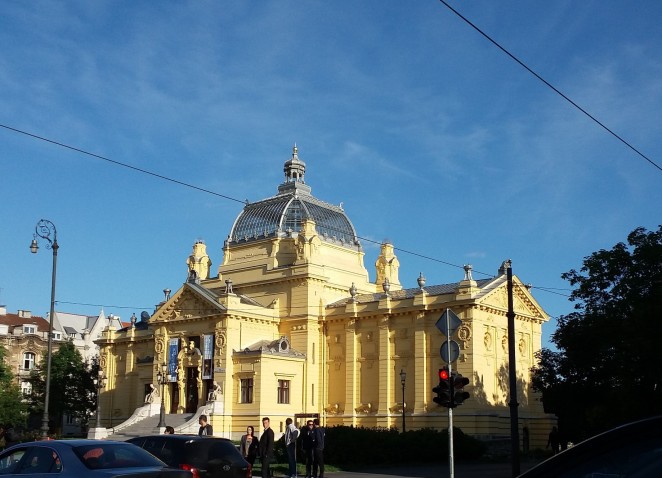 Art Pavilion, one of many bulidings of great architectural beauty

Finally, we reached the store and got the card, while I was busy ogling at all the shop windows. In retrospect, I should have shopped while hubby got the card. The brands on display were to die for! It seems difficult to imagine that this was a communist country till 20 years ago! 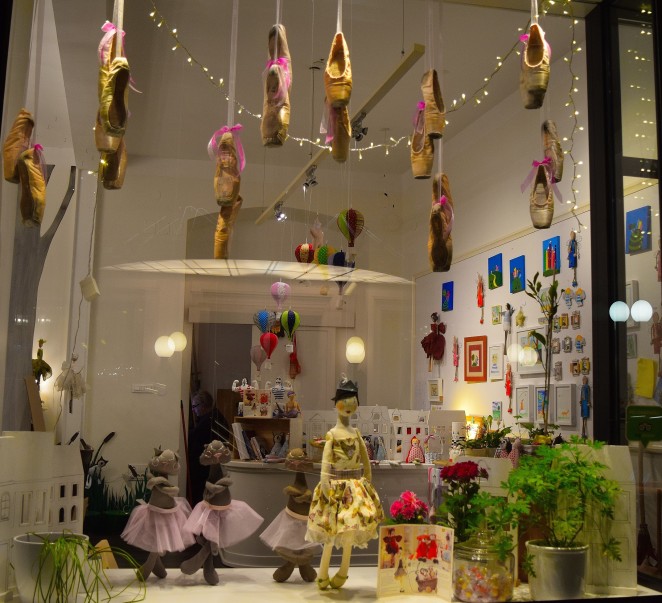 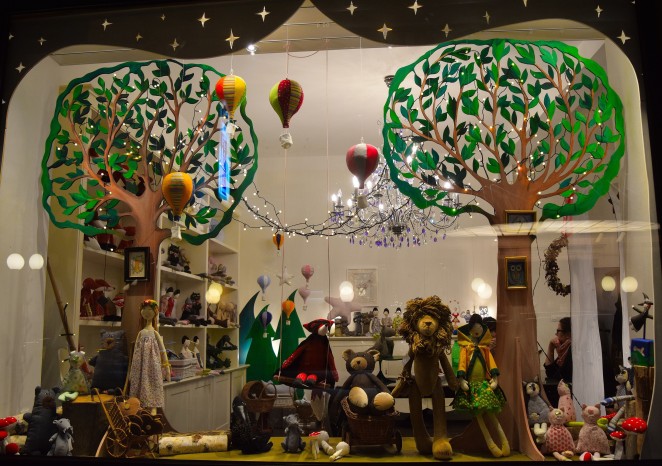 It took more than an hour to buy, install and activate the card, and by now, all plans of visiting Mirogoj cemetery were buried. So, we planned to walk through lower town and at least enjoy these sights, when guess who wanted a loo break? After the kid spent half an hour on hers, and we had 1 hour in a store with a loo?

Hunting through store after store, and lane after lane, without bothering about the architecture on display, we finally found a McDonalds. Once in McD, even if just to pee, one must eat. And there flew away all plans of seeing the lower town.

Croatian Academy of Arts and Science

We walked back to the hotel at sunset, when we came across a dessert festival in Zrinjevac park. The park was decorated with pink flowers and white balls and colourful lights. A band was playing John Denver songs, where we stopped and sang along to “Country Roads, take me home”. A delightful bitter chocolate and strawberry gelato in the freezing cold rounded off a not-so-nice day.

John Denver and ice-cream, what a combination! Teju, you would have loved this place

I don’t know why Zagreb didn’t appeal so much to me as all the other places on my trip did. Maybe it was the frenzy we ourselves created in getting the card, maybe the busy chaos this city had that reminded me of Mumbai, or simply that we got there from Ljubljana which was infinitely more charming. To me at least. Surely, this city has a lot going for it, but I missed it. Maybe, next time………

Till then, this will stay in my mind as a city of prayer.

One thought on “Zagreb, the city of museums, gardens and churches”